First of all, congratulations to all the draftees.  I think they all hoped that their careers would extend past college but I’m not sure how many of them expected it to happen.

I’m not going to judge any team too harshly.  It’s seemed evident from the league’s inception that the players’ living situations were going to factor in heavily and while I don’t think the draft was an outright farce, I think teams had a pretty good idea of who they’d end up with heading in.

These players were all drafted as juniors and their point totals below reflect their junior year.

The Riveters are the most talented team on paper coming out on top in goals, assists, and shots on goal.  Kimberly Newell is an interesting pick, flying under the radar with the Princeton Tigers.  With a 12-14-2 record in the deep ECAC, Newell was arguably the Tigers’ best player all season long.

The trio of Eagles is an interesting development.  Skarupa and Carpenter were #2 and #3 in shots on goal in the country and Carpenter won the Patty Kazmaier Memorial Award as college hockey’s best player.  But…

Boston College didn’t always face the best competition in the weak Hockey East and while they compiled a gaudy 34-3-2 record their three losses were to:

So they finished an impressive 2015 season with a Hockey East #1 seed and precisely zero team trophies.

Best Value: Erin Ambrose – Everyone knew Ambrose was a tremendously talented defender heading into the draft, but when you can snag arguably one of the top five overall players at #9, you’re doing something right.  It wasn’t as if Ambrose simply piled up points logging a ton of minutes because she was the consensus best (or only) option either.  The Golden Knights iced a tremendously talented defensive corps with all three pairs contributing significantly.  No one in the ECAC got more shots on goal from their second and third pair defenders than Clarkson.  Ambrose rose to the top because she was consistently the best among a sea of talented players.

This was an interesting set of choices for the Whale.  They obviously felt like goaltender could be filled in free agency and with the talented likes of Ali Binnington of RIT, Amanda Makela of Mercyhurst, Carmen MacDonald of St. Lawrence, Shenae Lundberg of Union, Chelsea Laden of Quinnipiac, and Erin Krichiver of Minnesota State all eligible as just-graduated seniors, they might be right.

The Whale went defense-heavy with Picard, McMillen, and Poudrier and it’ll be interesting to see how that plays out for them.  Picard, like Erin Ambrose above, led an incredibly deep crop of Harvard defenders while McMillen put up top pair numbers at Minnesota with Rachel Ramsey.  Cassandra Poudrier logged the third most shots among defenders in the ECAC (Boulier, Roesler) and she delivered a personal KO to the Clarkson Golden Knights in this year’s ECAC Tournament at 1:35:

Best Value: Cassandra Poudrier – Cornell was not a deep team this year.  Over 50% of their shots came from their top line or top pair and over 63% of their points and Poudrier was leading the charge from the back end. 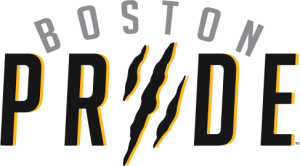 I really thought the Pride had the best draft and I’ll stand by that assessment, even if it comes with a fair degree of awe for Kendall Coyne and of homerism for Shannon MacAulay.

The Silver Medaling Americans’ leading scorer in the 2014 Olympics, Coyne logged more shots than anyone else in the NCAA.  Scroll up.  Yes, 51 shots more than second place’s Haley Skarupa.

Without advanced stats to provide more context, it’s hard to really compare players.  We don’t even have icetime for NCAA Women’s Hockey, so we can’t even be certain Coyne logged roughly a billion minutes for the Northeastern Huskies, but it’s a pretty safe bet.  She put up 180 more shots than second place on her own team.  Of Northeastern’s 95 goals, Coyne scored 28 and assisted on 24 more.  We already know she can play against top caliber international competition, the only question seems to be if she will be a generational player or merely an elite one.

Coyne’s presence almost overshadows the fact that the rest of the team’s draft picks are very, very good.  Both MacAulay and D’Oench finished second on their teams in scoring and both are coming from systems that heavily prioritized well-rounded two way play.  The Pride may wind up behind the Riveters’ elite scoring, but they may also be the team that does the most things well.

Then bring in BC’s Lexi Bender who finished #2 among BC defenders in points and #1 in shots on goal, the former behind Emily Pfalzer, whom Boston could conceivably sign as a free agent.

Best Value: Shannon MacAulay – Nabbing not just a 2014 National Champion, but the scorer of the game winning goal with the 19th pick?  Solid.

Initially I didn’t like the Beauts’ draft.  I still don’t, but after seeing how the players line up and how they compare more favorably to the other teams than I initially thought, I no longer hate it.  Here are my concerns:

But none of these players are bad players and I like that the Beauts have essentially drafted themselves a top line, top pair defender, and starting goaltender.  That’s better off than the lopsided Whale are sitting right now.

But I can’t shake my misgivings.  Versus teams that either saw a player drafted or were nationally ranked:

That’s a little frightening, although a strong free agency showing could shift Janiga and Dingeldein down considerably and the Beauts have a lot of potential players that live nearby in New York, Pennsylvania, and Canada.

Huh, that’s…not what I expected.  Maybe this Sarah Lefort is alright.

Burke leads Wisconsin’s defense and Leville is Minnesota’s starting goaltender and those are probably the two best teams in the country (sorry BC).

An overlooked factor is that the Beauts went big with their draft picks, including the first and third tallest players in the draft with Dingeldein (6-1) and Janiga (5-10), and while Coyne’s smaller stature (5-2) certainly isn’t a hindrance, it’ll be interesting to see what type of game the Beauts want to play.

Best Pick: Courtney Burke – That Wisconsin team’s only flaw was not being able to beat Minnesota when it counted.

Best Value: Jenna Dingeldein – As much as I criticize Mercyhurst for playing in a bad conference and not taking any great leaps in their out of conference scheduling, I love an underdog story.  I watched a fair amount of Mercyhurst games and Dingledein gets mentioned a lot, possibly more than Janiga.  It feels like Buffalo is playing the long game and they may have set themselves up very well.

The roster size for the NWHL right now is 18 so with Janine Weber being the only official signee (NY Riveters), each team has compiled at most 1/3 of their roster.  With a ton of good players still out there waiting to be signed, we still know next to nothing about anyone’s roster makeup or overall talent level.  But now we know something.